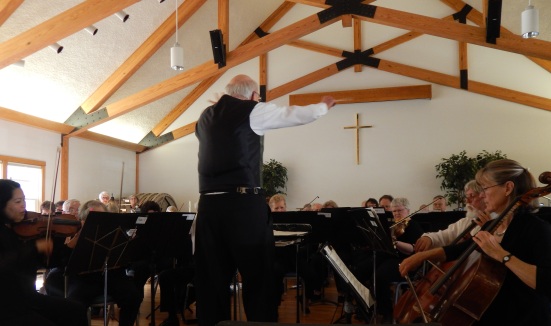 The Cape Community Orchestra will present its spring concerts on Friday, May 12, at 7:30 PM, at Our Lady of the Cape Parish Center, 456 Stony Brook Road in Brewster, and Sunday, May 14, at 3 PM, at the Church of the Holy Spirit, 204 Monument Road in Orleans. Admission is free; free-will donations are accepted at the door.

The orchestra, which is directed by John P. Hagon, will perform a varied program of classical and popular music featuring Handel’s Water Music Suite, Tchaikovsky’s “Romeo and Juliet,” and the last movement from Sibelius’s Symphony No. 2, as well as medleys of songs by Lloyd Weber and George M. Cohan, and more.

George Frideric Handel (1685-1759) composed the Water Music Suite for King George I of England. The performance famously took place on barges cruising up and down the Thames, the king and his entourage on one barge, Handel and 50 musicians on the other. The king loved the music and asked that it be played over and over again. Water Music, with its lively dances—minuets, bourrées, and hornpipes—and airs, remains among Handel’s most popular works. 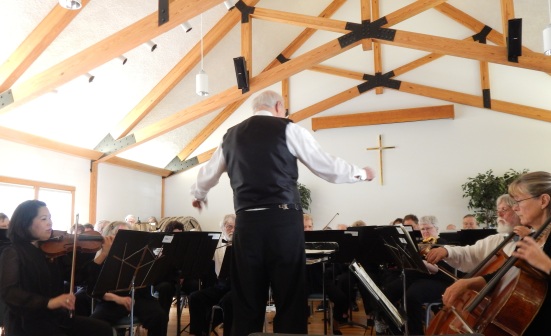 Inspired by Shakespeare’s play and his friend and fellow composer Mily Balakirev, Pyotr Ilyich Tchaikovsky (1840-1893) wrote and premiered the “Romeo and Juliet” Overture-Fantasie in 1870, revising it, at the suggestion of Balakirev, that same year and again in 1880. The tale of hopeless love resonated with Tchaikovsky. At the time he was in love with a singer who abruptly married someone else. The music has three sections; the first is a gentle theme representing Friar Laurence; the second is agitated, representing the conflict between the Capulets and the Montagues, and the third is a tender and passionate love theme. The love theme is one of Tchaikovsky’s most famous melodies and is frequently quoted in love scenes in television, movies, and has even appeared in video games.

Jean Sibelius (1865-1957) is quoted as saying, “My second symphony is a confession of the soul.” Although Sibelius was silent on its message, many have considered the symphony, especially the fourth-movement Finale, to be an expression of Finland’s struggle for independence during a time when Russia was seeking to control Finnish culture and language. Finnish conductor and composer Robert Kajanus wrote that the thunderous and exultant last movement “develops toward a triumphant conclusion intended to rouse in the listener a picture of lighter and confident prospects for the future.” 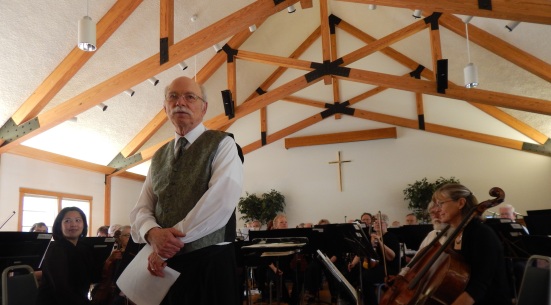 “Give My Regards to George” offers a lighter mood, with five beloved tunes from George M. Cohan, including “Harrigan,” “Give My Regards to Broadway,” and “You’re a Grand Old Flag.” Cohan (1878-1942) was an American composer and lyricist, entertainer, playwright, singer, dancer, and producer.

Contemporary English musical theater composer Andrew Lloyd Webber has written 13 musicals and is consider the most commercially successful composer in history. The medley will include selections from “Don’t Cry for Me Argentina” from “Evita,” “Memory” from “Cats,” and others.

Also on the program is “Fascinating Rhythm” by George and Ira Gershwin, “Spanish Dance No. 4: Villanesca” by Enrique Granados, and “Bobsled Run” by Lloyd Conley. 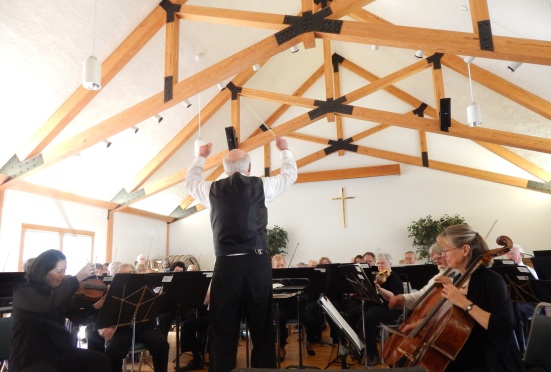 The Cape Community Orchestra is an all-volunteer group with members across the Cape. Hagon is former chair of the Music Education Department at Berklee College of Music in Boston and is well known for his career as music director and conductor for community bands in Barnstable and Harwich and the Cape Cod Concert Band.

A non-profit organization, Cape Community Orchestra is supported by private contributions and grants from local and regional institutions including the Cape Cod Melody Tent. The spring concerts are part of the orchestra’s annual program, which also includes two fall concerts and performances in area schools in February. For more information, visit the orchestra’s website at ccorchestra.weebly.com/.