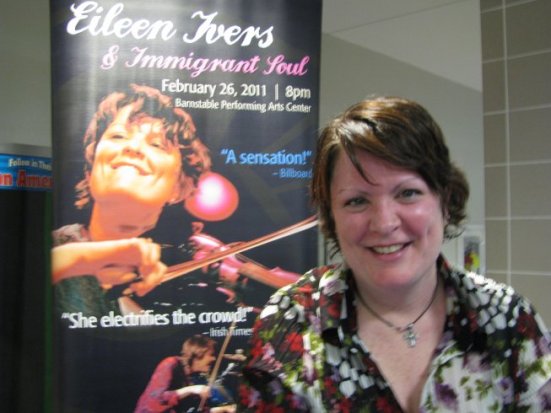 Eileen Ivers, after her concert.

Fiddle virtuoso Eileen Ivers really knows how to rock the house, and she did just that last Saturday before a capacity crowd at the Barnstable Performing Arts Center in Hyannis. With her four-man band, Immigrant Soul, she played with heartfelt passion, joy, and boundless energy. While the audience was not dancing in the aisles, they were bouncing in their seats, nodding their heads to the music, and enthusiastically clapping along.

This was the first in a series of Cape Cod Symphony Orchestra concerts without the Cape Cod Symphony Orchestra.  Called CCSO Presents, the concerts are designed to help raise money for the orchestra, while, at the same time, bringing “world-class cultural experiences” to Cape Cod. The concept—and the concert—were a resounding success.  This one was sponsored by Emerald Physicians of Cape Cod.

This concert was Eileen Ivers’ second trip to the Cape. Three years ago she and the band appeared with the CCSO, on a narrow strip of stage in front of the orchestra, but somehow there was room for the band members to move about a bit and for four step dancers to whirl across the stage.

This time, without the orchestra, the band could spread out across the whole stage, and we got to know each individual band member and their many talents. There is Leo Traversa on electric bass, Buddy Connolly on button accordion and tin whistle, Greg Anderson on acoustic guitar, and Tommy McDonnell, from “County Bronx” on percussion, harmonica, and lead vocals. All accomplished musicians and performers, they played, often together, sometimes alone or with Ms. Ivers, sometimes in groups of two or three.

The group offered traditional jigs and reels, slow airs, music from “Riverdance,” the show that brought her to prominence (and vice-versa) and introduced Irish music to a whole new audience, as well as music influenced by bluegrass, gospel music, roots music, jazz, and African and Latin rhythms. It was a multicultural feast, all presented in Ivers’ very nontraditional style, full of improvisation, imagination, and heart.

The last time Ms. Ivers was in town, she played both her acoustic violin and her midnight blue electric fiddle. This time she played only the electric instrument, even on the slow airs, and created some amazing sounds on the rock & roll and rhythm & blues influenced numbers.

Ivers does not just stand and play: she jumps and twirls with the music, moves about the stage, improvising with one band member and then another, the joy of making music apparent in her face, and in her every move.

The music was enlivened by the step-dancing brother-and-sister pair, Cian and Ashley Smith, 20 and 23 years old, respectively. Shimmering in their black-and-white dance outfits, the two were delightful as they stepped and whirled, leapt and flew across the stage, sometimes alone, sometimes together. Ashley told me after the show that this was not the first time they danced with Eileen Ivers. They had performed with her “when they were little.” 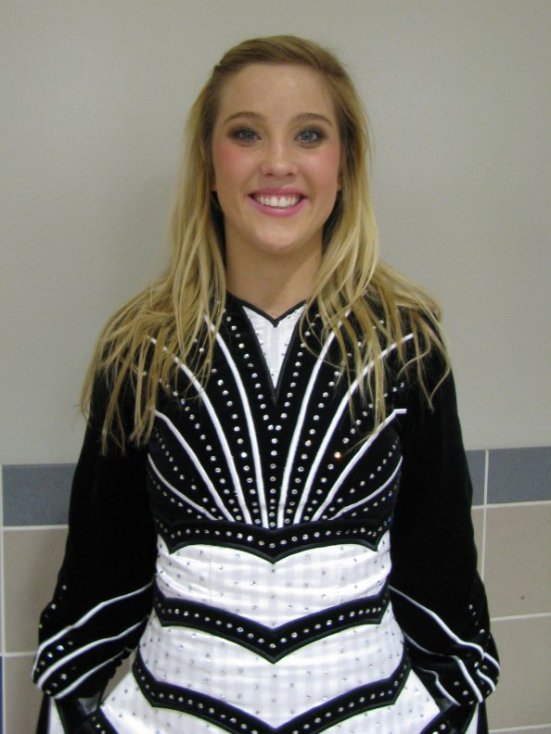 The winners of many step dancing awards, Ashley and Cian are the children of  Michael and Noreen Smith, who run the Smith Houlihan Irish Dance Academy in Boston.

Ashley and Cian made  it look easy, but Ashley did admit, after the show, that her feet were a little sore after all that jumping and dancing.

In between tunes,  Ivers engaged the audience, talking about the tunes and her experiences. She has a warm personal style, full of humor and intelligence, and modesty. She seemed genuinely moved that the audience loved her so much, even though she meets with wildly enthusiastic audiences everywhere she goes.

I had the pleasure of interviewing Ivers by phone in advance of the concert, and I had been impressed with her warmth and personal connection over the phone, too, though she must speak to many, many reporters as she travels from concert to concert.

She encouraged me to stop by at the concert to say hello, so, after the show, I stood in line with many others to get her autograph. I heard a few of her exchanges with others in line, and each was genuine. She really seems to care about each and every person she speaks to.

Just ahead of me, the parents of a somewhat reluctant 6 year old violin student introduced their daughter to Ivers, who showered her with encouragement. “I started violin when I was 8,” she said. “You started at 6—you can be even better than me!”  And then she bumped fists with the child. 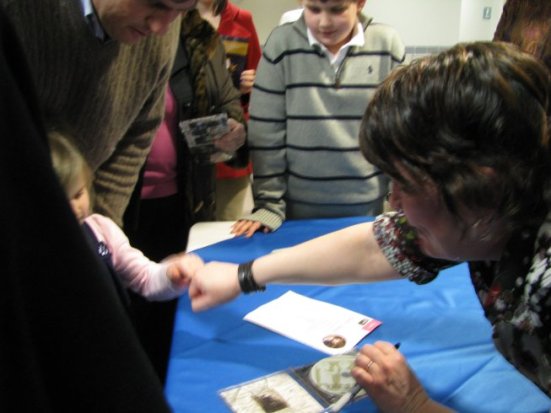 It is hard to imagine a better fiddler than Eileen Ivers, but easy to believe that many were inspired by her magnificent performance and by her gracious and heartwarming presence.

One thought on “Eileen Ivers and Immigrant Soul Rock the House”