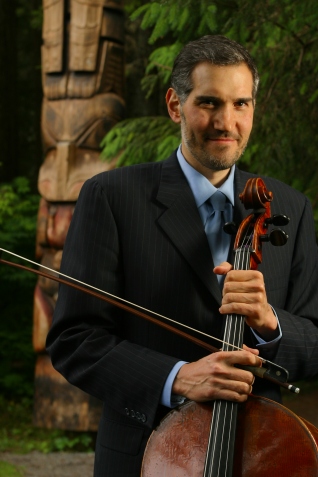 Falmouth Academy and Chappaquoit Cello Studio will present world-renowned cellist and recording artist Evan Drachman and pianist Wan-Chi Su in the Simon Center for the Arts at Falmouth Academy on Friday, September 21, at 7 PM. They will perform works by Bruch, Elgar, and Chopin.

Tickets are $25 for adults and $10 for students and available at  www.falmouthacademy.org/Evan-Drachman or at the door.  There will also be a master class from 3:30 to 5 PM at the same location.

Drachman is the founder and artistic director of the Piatigorsky Foundation which is committed to bringing classical music to diverse audiences throughout the US. Named after Drachman’s grandfather, Gregor Piatigorsky, the foundation honors his belief that beautiful music is not a luxury for the elite, but rather a necessity of life for all. Drachman has become one of this country’s most respected authorities on the presentation of live classical music to diverse audiences.

Drachman received his BMA from The Curtis Institute of Music in 1988. His teachers have included Luis Garcia-Renart, Orlando Cole, Laurence Lesser, William Pleeth and Stephen Kates. In 1994, Mr. Drachman performed with the Odessa Philharmonic in Odessa and Kiev. In 1997, at the invitation of Mstislav Rostropovich, Drachman traveled to Russia to perform as soloist with the St. Petersburg Symphony under Maestro Rostropovich.

In 1999, Drachman recorded his first CD, A Frog He Went a Courting, with pianist Richard Dowling. The Baltimore Sun’s Steven Wigler wrote of the recording: “Drachman possesses in abundance two qualities for which his grandfather was revered: the ability to make the cello imitate the human singing voice and, even more important, the ability to tell a story.”

Wan-Chi Su is an internationally acclaimed pianist who has performed as a soloist and chamber musician in Asia, Europe, and throughout the United States.

Three cello students of Nikki Patton’s Chappaquoit Studio in West Falmouth will participate in the master class: Taylor Willman, age 12 of Mashpee; Grace Cushing, age 17 from Sagamore; and Celeste Newman, age 16 from Woods Hole. Pianist Olivann Hobbie will be the accompanist.The master class is free and open to the public.

Falmouth Academy is at 7 Highfield Drive in Falmouth.