The Falmouth Art Market will feature music by The Familiars of Cape Cod from 2 to 4 PM on Thursday, August 9, along with an array of paintings, jewelry, pottery, weavings, crocheted items, and more by 28 artists and craftspeople. The weekly event takes place from noon to 5 PM at Falmouth Marine Park, 180 Scranton Avenue, on Falmouth Harbor, every Thursday through August 30. 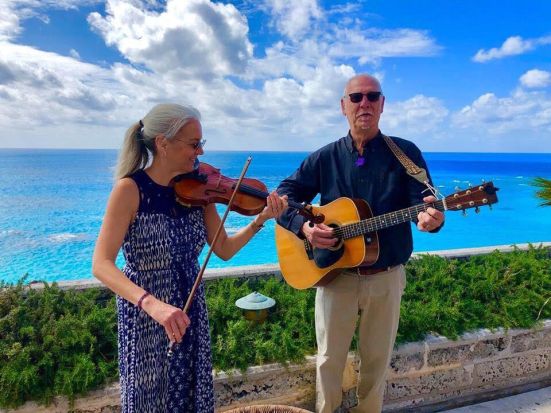 Manny and Linda Dias are The Familiars of Cape Cod. They sing and play folk, fiddle, country, Irish, and popular music from the 1950s through the 1980s. Manny sings and plays guitar, and Linda plays fiddle, mandolin, harmonica, and Irish whistles, creating their own interpretations of such songs as “Ring of Fire,” “Black Magic Woman,” “Ashokan Farewell,” “Star of the County Down,” “Red River Valley,” “House of the Rising Sun,” “Norwegian Wood,” and many more. 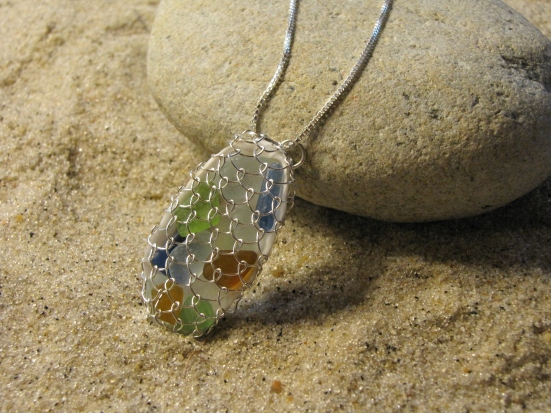 Cape Cod inspires artists, including jewelry artist Judy Lacava of Cape Cod Octopus’s Garden. She specializes in sea glass, most of which she finds herself on area beaches. Her signature piece is a “mermaid’s purse,” which she makes by arranging small pieces of seaglass—or a single larger piece—on a shell and then weaving an open wire “basket” around them. She developed the technique herself. The result is a delicate-looking package in muted colors on a sterling silver chain, a purse any mermaid would be happy to have. 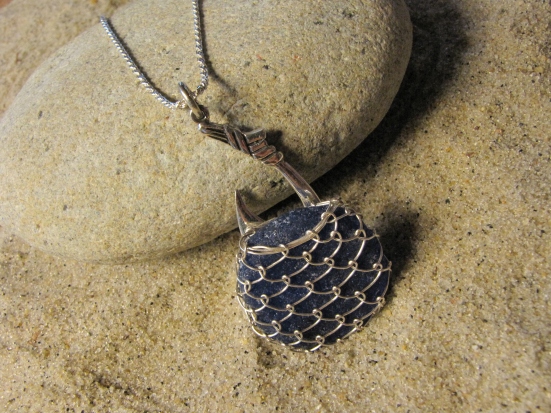 Lacava named her business after the Beatles tune. The idea for the song came to Ringo Starr while on a boating trip in Sardinia in 1968. The boat’s captain told him that octopuses travel across the ocean floor picking up stones and shiny objects with which to build gardens. Ringo said that was one of the happiest things he had ever heard.

“I’m attracted to shiny things too,” said Lacava with a laugh. “Whenever I go to the beach, if there’s a pretty rock, or seaglass, or shell, anything that catches my eye, I’ll pick it up. I come home with my pockets loaded!”

Though her mother was an artist, Lacava grew up with low self-esteem, thinking she had no artistic skills of her own. “It wasn’t until I was in my mid-50s that I realized I was artistic too,” she said. “Living near the ocean helps inspire you. You feel that calmness, restfulness. Seaglass jewelry helps bring a piece of the ocean into our daily lives and can make our lives more serene.”

Lacava also values being able to repurpose seaglass, shells, and pebbles, rather than buying imported beads. The quahog is an example of a local treasure. The shells are white because they have been bleached by the sun, but a little sandpaper helps to bring out the colors.

“You don’t know what you are going to get until it is completely polished,” she said. She has found that different beaches have their own characteristic varieties of stones, shells, and seaglass, and she is happy to be able to transform these natural treasures into one-of-a-kind pieces of jewelry.

For more information on the Falmouth ArtMarket, visit www.falmouthartmarket.com or www.facebook.com/FalmouthArtMarket.