Mastersingers by the Sea, conducted by David MacKenzie, presented a gratifying choral and orchestral program Sunday afternoon, April 22, at St. Barnabas Church (also performed Saturday).  The keystone was the elegant performance of The Great Trees, a 2009 composition by Gwyneth Walker, set to poetry of Wendall Berry.  The scenes in natural settings were set to wondrously diaphanous music creating bird songs (via Juliet Lai’s clarinet), rippling watery sensations (Katie Koglin, harp), and a susurration of the “peace of wild things,” a quiet throbbing murmur by the choir.  Dr. Walker has a true empathy for poetry channeling nature, and she repeated passages that especially spoke to her, including “I go and lie down where the wood drake rests in his beauty on the water, and the great heron feeds.”  “I rest in the grace of the world, and am free.” 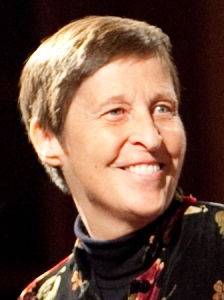 Dr. MacKenzie orchestrated the piece, originally for piano and clarinet, for strings, woodwinds, and harp, and it was very effective.  Dr. Walker, who was present this weekend, believes the climactic ending, “O light come down to earth, be praised!” is more dramatic with the piano, but the prior line:  “To walk on radiance, amazed,” led appropriately to the lustrous resolution of the poem.

Jacqueline Pina had awesome soprano solos in “The Silence”—“The world lives in the death of speech, and sings there.”  It washed over us like a gentle spring rain, as did “The Steps of the City” – “Our bliss, the earthly song that heavenly is.”  This poem began with the violinists knocking on their soundboxes.  The choral “The Dark Around Us” featured the lower voices in covered, mellow tones, declaring “And all the earth shall sing,” ending in an extra-terrestrial crescendo.

The concert opened with Overture #7 by William Boyce, with violins in perfect tandem, joined by the woodwinds. They exchanged a spiraling theme back and forth, and resonance increased with the addition of the cello continuo and harpsichord.  The excellent musicians, professionals, from the New Bedford Symphony Orchestra, which Dr. MacKenzie directs, immediately displayed the graceful, lyrical charm of the music.

Jesse Holstein, concertmaster, a marvel to behold, watch, and hear was the soloist in the Vivaldi, Violin Concerto in F Major, “Spring.”  The staccato phrases that open the Allegro were played with a delicate pianissimo and easy camaraderie among Jesse and the first and second violins.  They are musicians who have played together for a youthful lifetime, and they are beautifully ‘n synch!  The Largo was ethereal; Jesse effortlessly coaxed wondrous melodious sounds from his instrument which were gently enhanced by the other instruments.  They all enjoyed the Allegro finale: subtle bodily gyrations and head movements were expressive and added to the cumulative effect. 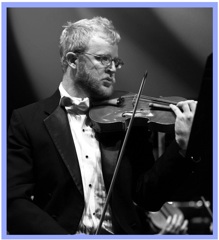 The concert closed with the J.S. Bach, Mass in G Major.  The high point was the “Domine Deus” duet featuring Jacqueline Pina and April Merriam, and interspersed with stunning passages from Jesse Holstein.  The Mass was created by rewriting various movements from cantatas Bach had written for other occasions and did not have his usual clarity, nor did the Mastersingers have the usual precision, but it was an unusual piece to hear, and for that we are grateful.

The Mastersingers and Dr. MacKenzie are once again to be thanked for a marvelous afternoon of great music. We look forward to their 2012/2013 season, starting November 3/4.

Susan Pennington is the music director at St. Anthony’s Church and teaches art appreciation at the Cape Cod Conservatory.

One thought on “Mastersingers by the Sea: A Season of Renewal”