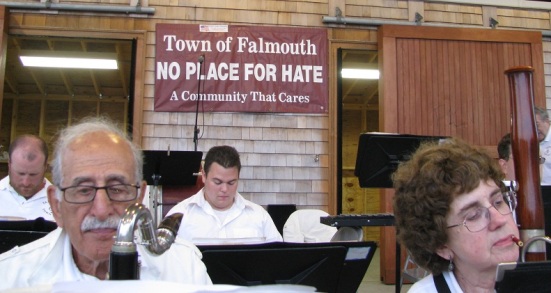 Falmouth Affirmative Action Officer George Spivey led the Town Band in a celebration of Falmouth’s designation as a No Place For Hate community last night at the band’s regular Thursday evening band concert at the Music and Arts Pavillion on Scranton Avenue.

Band director Lin Whitehead had picked a selection of pieces promoting diversity, multiculturalism,  mutual understanding, tolerance and  acceptance of those who may be different from us.

On the program were “We Are the World,” “Fiddler on the Roof,” “Hungarian Dance No. 5, “Echoes of Ireland,” “Tijuana Brass,” “Espana Cani,” “Jericho,” ‘Russian Sailors Dance,” “West Side Story,” “Beauty and the Beast,” and “Mexican Overture,” each representing a different culture or aspect of accepting and welcoming diversity.  As a member of the Town Band, I particularly enjoy Lin’s  addition of guest conductors, and this particular collection of music from around the world conveyed an important message, as well as being great fun to play.

George Spivey talked to the crowd about tolerance and the No Place for Hate program:

Then he conducted the band, with style and flair, in a lively performance of “Stars and Stripes Forever,” as band announcer Glenn Rowland directed the children in the audience in a march in front of the stage.

Lin Whitehead followed up by singing a children’s song about stamping out hate: 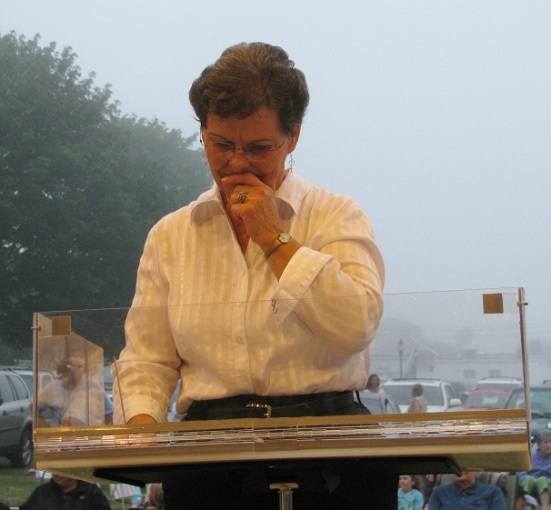 Lin Whitehead reviews the score before leading the band.

FCTV was there to cover the performance, as they are every Thursday evening throughout the summer. You can see the entire band concert on FCTV Channel 13 on Friday and Saturday evenings. Check the schedule at fctv.org for details. 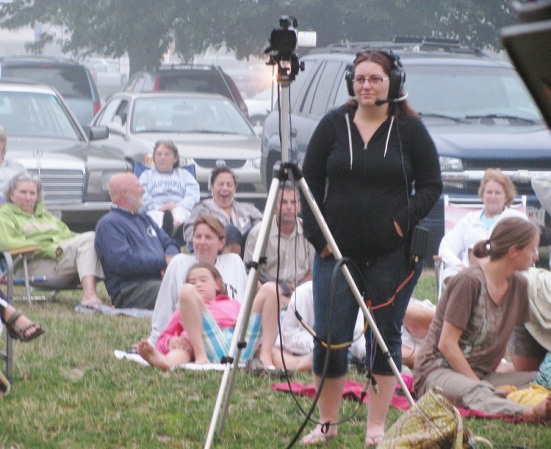 Next week, 102-year-old Mildred Allen, a resident of the Atria Woodbriar assisted living center, will conduct. Residents of Woodriar and other residential care facilities attend every week.